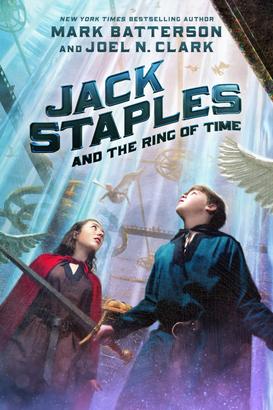 Jack Staples and the Ring of Time

Beschreibung zu „Jack Staples and the Ring of Time“

After a near-death experience, eleven-year-old Jack awakens to a world where war has been raging since time before time. Battling fantastical creatures, Jack must face his fears if he is to fulfill his destiny. But is his destiny to save the world … or destroy it?

Jack learns that most live in a shadow of the world, their vision blinded by invisible scales that have covered human eyes since the beginning of time. But the Awakened experience the world as it truly is, where war rages between good and evil—and Jack is at the heart of it. The Awakened are searching for The Child of Prophesy who will both save the world and destroy it. When Jack joins in their epic battle he must learn to trust his friends and face his fears if he is to make his life count.

Ähnliche Titel wie „Jack Staples and the Ring of Time“

How To Slay a Dragon
Bill Allen

Across the Border
Arleta Richardson

The Other Side of the Tree
Rich Davidson