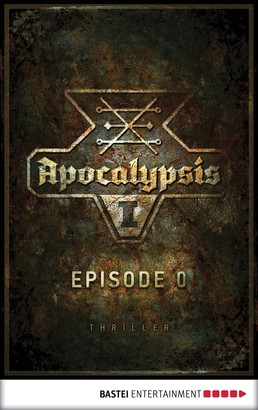 Prologue to the epic ebook series "Apocalypsis" by Mario Giordano.

Is this the end of the world?

Rome, Italy. Pope John Paul III has disappeared without a trace. One-by-one his close confidants are being brutally murdered. When police come up short, journalists Peter and Loretta team up to investigate the case. But their only lead is a book. A book filled with mystical symbols predicting a catastrophic event set to occur in just ten days. Can Peter and Loretta break the code in time? Or was the Pope’s disappearance just the first tragedy before the end of times rain
down?

"Apocalypsis" is a fast-paced thriller series that will keep you on the edge of your seat. For fans of Dan Brown and Glenn Meade.

About the Series
"Apocalypsis" started as a series of novellas that were published weekly in three seasons. Now for the first time, the complete three seasons are available in one anthology. "Apocalypsis" seasons one and two are also available as audiobooks in English and in German.