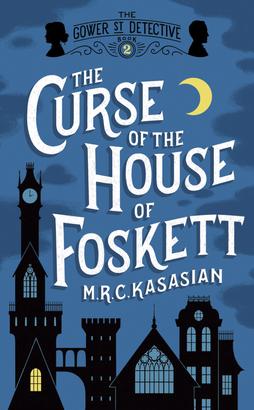 The Curse of the House of Foskett

Beschreibung zu „The Curse of the House of Foskett“

'Delightful and original ... A series that could well become a cult' DAILY MAIL.

Sidney Grice once had a reputation as London's most perspicacious personal detective. But since his last case led an innocent men to the gallows, business has been light.

Listless and depressed, Grice has taken to lying in the bath for hours, emerging in the evenings for a little dry toast and a lot of tea. Usually a voracious reader, he will pick up neither book nor newspaper. He has not even gathered the strength to re-insert his glass eye. His ward, March Middleton, has been left to dine alone.

Then an eccentric member of a Final Death Society has the temerity to die on his study floor. Finally Sidney and March have an investigation to mount – an investigation that will draw them to an eerie house in Kew, and the mysterious Baroness Foskett...

Praise for THE CURSE OF THE HOUSE OF FOSKETT:

'A well-plotted mystery full of twists and turns, skullduggery, danger, and double-dealing' GOODREADS.

'With fun and thrills this has a lot of humour and many nods to the Sherlock Holmes tales' AMAZON VINE REVIEWER.

THE CURSE OF THE HOUSE OF FOSKETT

THE SECRETS OF GASLIGHT LANE

Ähnliche Titel wie „The Curse of the House of Foskett“

The Monsters We Deserve
Marcus Sedgwick

The Cross and the Curse
Matthew Harffy