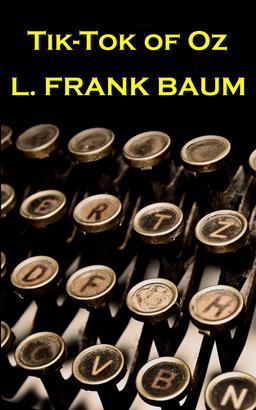 This, the eight in the series of Oz books written by L Frank Baum was published on June 19, 1914. The book has little to do with Tik-Tok and is more the adventure of the Shaggy Man to rescue his brother, and his resulting conflict with the Nome King. The Shaggy Man explains how Ozma sent him here by means of the Magic Belt because he wanted to find his brother, who went digging underground in Oklahoma and disappeared. He surmised that the Nome King, ruler of the underground Nome Kingdom, captured him. They meet up with Polychrome the Rainbow's Daughter; and they rescue Tik-Tok from the well where the Nome King had tossed him. Once Tik-Tok is wound up, he accompanies Betsy, Hank, the Shaggy Man, Ozga, and Polychrome to their chance encounter with Queen Ann and her army.