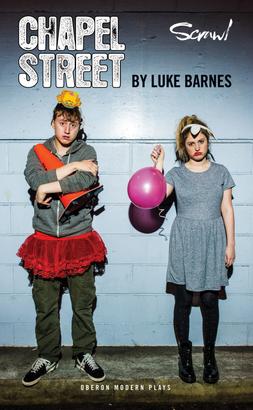 ‘If I died tomorrow, I would have died having done nothing.

He’s been let down, belittled and ignored but tonight none of

that matters – it’s Friday and Joe is getting smashed. Kirsty has

shaving her legs with her friend’s dad’s razor. As bottles are

drained and the sun sets the two hit the town, neither aware

that soon their lives will irreconcilably collide.

and dripping with humour it is an acerbic yet compassionate

portrait of good times gone bad for a betrayed generation,

which carries a pertinence in the wake of David Cameron

On The Holloway Road
Andrew Blackman