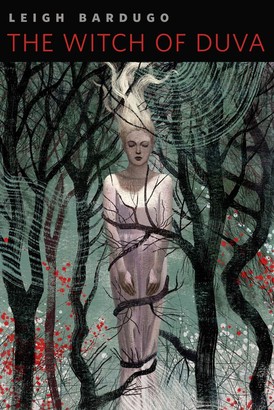 The Witch of Duva

Buchbeschreibung zu „The Witch of Duva“

There was a time when the woods near Duva ate girls…or so the story goes. But it's just possible that the danger may be a little bit closer to home. This story is a companion folk tale to Leigh Bardugo's debut novel, Shadow and Bone.

Leigh Bardugo is a #1 New York Times bestselling author of fantasy novels and the creator of the Grishaverse. With over three million copies sold worldwide, her Grishaverse spans the Shadow and Bone Trilogy, the Six of Crows Duology, The Language of Thorns, and The King of Scars duology-- with more to come. Her short stories can be found in multiple anthologies, including The Best of Tor.com and the Best American Science Fiction & Fantasy. Her other works include Wonder Woman: Warbringer and Ninth House. Leigh was born in Jerusalem, grew up in Southern California, and graduated from Yale University. These days she lives and writes in Los Angeles

Carlousia: The Passing of the Guard
E.G. Carter

A Spell of Vengeance
D. B. Jackson

The Other Nineteenth Century
Avram Davidson

Though Smoke Shall Hide the Sun
Brit Mandelo