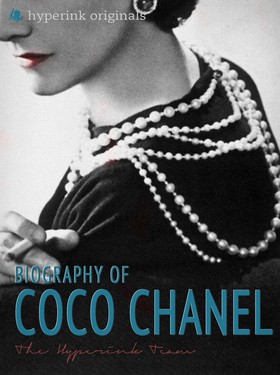 Coco Chanel: Biography of the World's Most Elegant Woman

Learn about the life and adventures of Coco Chanel

Coco Chanel is best known for her contributions to the design and fashion industry. The famous French designer is believed to be the inventor of the little black dress and for instigating the notion that tanned skin is beautiful. Her designs changed the way we approached the female form, and Hollywood stars would fly her from Paris to Los Angeles just to have a red carpet dress designed. While introducing the world to radical fashion industry transformations, she spent most of her time socializing with the Elite of Parisian and British society.

As we know her today, Coco Chanel is the French goddess who has bestowed us with perfumes, designs and the legendary Chanel Suit. Her public statements are often quote by those in the fashion industry who place emphasis on elegance, and those in the business world who strive to succeed. Her designs continue to sell today, and she now has a well-established line of beauty and perfume products. Ever the intellectual, her modernist thoughts have gained her worldwide recognition, even after her death in 1971.

Although Coco is best known to us for re-inventing style, her life has not been without its controversies. Far from being a mere woman of elegance, Chanel has a hidden past. By digging beneath the surface, it is clear to see she was just as well known for her drug addiction, affairs with members of the British elite and allegiance with anti-Semitic Nazis. On several occasions she evaded facing international war trials, thanks to her connections in high places.