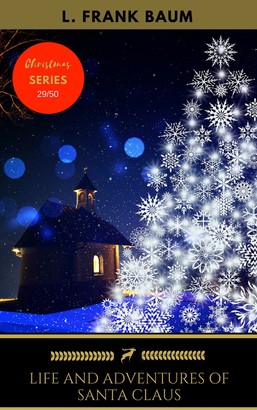 Life and Adventures of Santa Claus

Santa Claus, as a baby, is found in the Forest of Burzee by Ak, the Master Woodsman of the World (a supreme immortal), and placed in the care of the lioness Shiegra; but thereupon adopted by the Wood Nymph, Necile.

Upon reaching young adulthood, Claus is introduced by Ak to human society, wherein he sees war, brutality, poverty, child neglect, and child abuse. Because he cannot reside in Burzee as an adult, he settles in the nearby Laughing Valley of Hohaho, where the immortals regularly assist him, and Necile gives him a little cat named Blinky.