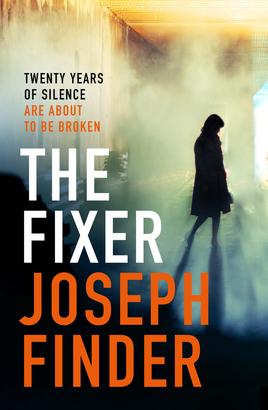 What secrets are his family keeping?

A month ago, Rick Hoffman was a popular journalist. Now, having being fired by his magazine, he is penniless and alone. At least he still has keys to his father's house, which has been empty since he moved to a nursing home after a stroke.

There, hidden in the walls of his father's attic, Rick finds something that could change his life: bundles of cash worth millions. He knows he shouldn't spend it without asking where it came from. But his bed-bound father can no longer speak. What Rick doesn't realise is that, if he could, he'd tell his son just how much danger he is in...

'Stunning ... I can't remember when I last read a book so gripping and so satisfying' PETER JAMES.
'Smart, swift and well-informed' SCOTT TUROW.
'Terrific' IAN RANKIN.
'A writer at the top of his game' MARK BILLINGHAM.
'Fantastic ... Kept me absolutely on the edge of my seat' MARTINA COLE.
'Timely, twisty and impossible to put down' KARIN SLAUGHTER.
'A masterclass in ratcheting up the tension ... A classy, sophisticated thriller' J.P. DELANEY.

Joseph Finder is the New York Times bestselling author of fourteen previous novels including The Switch, Suspicion and The Fixer. Finder's international bestseller Killer Instinct won the International Thriller Writer's Award for Best Novel. He studied Russian at Yale and Harvard, after which he was recruited by the CIA. He lives in Boston, Massachusetts. www.josephfinder.com

The End of the Line
Gray Williams

In the Blood
Ruth Mancini