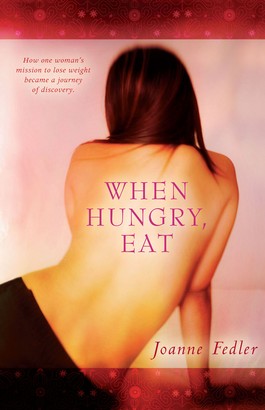 By the time Joanne Fedler's fortieth birthday loomed, she'd had it with several trouble-makers who'd been wreaking havoc in the kingdom of her heart for too long. It was time to deport them. In what she initially took to be an unrelated impulse, she figured she could also start to care again about how she looked before the fatty deposits on her rear-end fossilized.
And that's where the idea behind When Hungry, Eat began. Or so she thought.
She started a new eating plan ('a ridiculous euphemism for self-imposed starvation') which took her on a route to a much Greater Hunger - as Lauren van der Post calls it - which had nothing to do with food. What began as a mission to get back into a bikini became a pilgrimage back to faith, which had not been on either her food list or her itinerary.
When Hungry, Eat is a celebration of unexpected spiritual wisdom, small portions and the gifts of hunger.