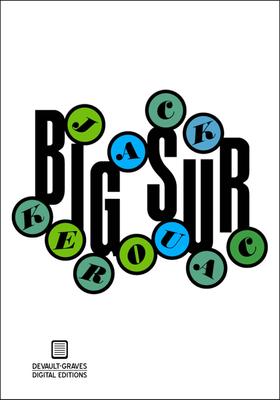 Jack Kerouac shot to literary fame in 1957 with the publication of his iconic book of the Beat Generation, On the Road. Kerouac was termed "King of the Beats," a mantle he was entirely uncomfortable with. Along with Kerouac, Allen Ginsberg, William Burroughs, Gary Snyder, Michael McClure, and several others forged a new literary voice and attitude – it was a movement that often mocked and challenged the American status quo. Prior to the publication of On the Road, Kerouac had written several novels and poems. With the almost overnight success of On the Road, publishers clamored for his other books and a Kerouac industry was born. Within only a few years of being heralded as the voice of a new generation, however, Kerouac was aging, severely alcoholic, and suffering from a death of the spirit. Arguably his finest post-On the Road novel, Big Sur captures Kerouac (here named Jack Duluoz) trying to escape the clamor of beatnik adulation by retreating to Lawrence Ferlinghetti's peaceful cabin in Big Sur. What begins as a pastoral regeneration descends into a personal hell when Kerouac suffers an alcoholic breakdown. Written in Kerouac's elegantly poetic and rapid-fire prose, Big Sur is both beautiful and horrific, a clear-eyed recollection of facing down his many demons and willing himself to survive them.

The new Devault-Graves Digital Editions version of Big Sur contains a wealth of new material for both the casual reader and the student of Beat Generation literature. Included are: extensive annotations and endnotes, an original Afterword by author Tom Graves, a bibliography of Jack Kerouac's literary works, a guide for further study on works about Jack Kerouac, a guide for further study of books by other key Beat Generation writers, and an annotated Character Key to identify the characters in Big Sur.