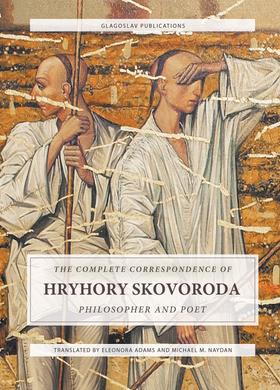 The Complete Correspondence of Hryhory Skovoroda

The religious philosopher and poet Hryhory Skovoroda (1722-1794) is described by many as the Ukrainian Socrates and was one of the most learned men of his time. He was a polyglot who knew the Bible virtually by heart, as well as the writings of the Church Fathers and the literature of Greek and Roman antiquity. The eminent literary critic Ivan Dziuba considers Skovoroda the greatest Ukrainian mind ever. And Yuri Andrukhovych, one of the most prominent Ukrainian writers of today, calls him “the first Ukrainian hippie” on account of his itinerant lifestyle and rejection of worldly life. The impact of Skovoroda’s life and works has been well documented on major writers in future generations, such as Leo Tolstoy, Andrei Bely and Pavlo Tychyna, to name but a few.

None of Skovoroda’s works appeared during his lifetime – they were first published in 1837 in Moscow. The texts of Skovoroda’s writings were preserved mostly by Skovoroda’s lifelong friend Mykhailo Kovalynsky, to whom he had given the manuscripts. Skovoroda’s extant writings consist of a collection of thirty poems entitled The Garden of Divine Songs along with other occasional poems, a collection of fables entitled Kharkiv Fables, which was published in 1990, and seventeen philosophical treatises. Most of the treatises were composed during the latter part of his life.

The letters of Skovoroda are appearing in their entirety here in English for the first time, accompanied by a guest introduction by Leonid Rudnytzky.

This title has been realised by a team of the following dedicated professionals:

The cover shows a detail from Blessing of the Road,