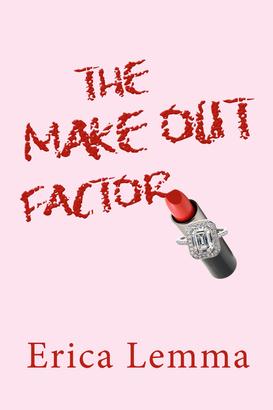 The Make Out Factor

Beschreibung zu „The Make Out Factor“

Every little girl dreams about the man they will one day meet and live happily ever after with, but what if an unlikely candidate redefines your once preconceived knowledge of passion?

Welcome to Brooklyn, New York where we meet Jolene Wilson, a girl with a posh job that lives the life most girl’s dream about. She has a dynamic group of friends, a family that is reality TV worthy, and a boss that is set for the cover of GQ. Never in her wildest dreams did she think Mike DiPaolo would be someone interested in a red haired girl from Connecticut. However, life exceeds her expectations when their professional relationship flourishes into the romance of a lifetime. Everything seems to be working out flawlessly, just as she planned in her picture perfect world, until one tiny little rumor brings her life to a sudden halt.

Mike Dipaolo, is extremely successful at everything he does. With the looks and personality of a perfect human being, he is unable to hide his deep-rooted affection for a quirky, anxiety ridden, mild tempered beauty. Together, Jolene and Mike embark on a journey of romance that can only been defined as an adult version of a John Hughes classic. But, as the days to wedding bliss count down, the constant inter-office chatter of his fiancée and a tall, dark, mysterious, playboy irks Mike.

Guided by the love and humor of her three witty best friends, Jolene learns to discover who she is and what she really wants. After she has come to terms with her new stance on life, the rumor that so casually took down her world, now holds truth and becomes the true love she has always dreamt about – a passion that can only be described as illusive; it forces her to reexamine her idea of what love is all about and sets the soundtrack to her life.

Before You Say Yes
Amy Griffin

Giving Up The Ghost
Kylie Greer

No Time For Love
J.B. Miller

Kim - Can it get any worse? Of course!
Mona Lida