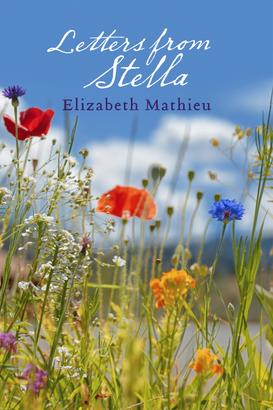 Bill Douglas, a World War II veteran and high school history teacher in 1950 in Crocker, a small north Texas town, meets Stella Anderson, a brilliant enthusiastic thirteen year old freshman in his Word History class. He is delighted to find such a receptive mind and begins little at a time to tutor her during her study hall. Stella, who plans to be a veterinarian, is horrified to find that she will not be allowed to take the classes pertaining to that dream because she is a girl. She and the librarian, Miss Lovelady, agree to spend the next four years secretly changing the culture of the school.

Stella delights her softball coach, former Marine, Miss Beavers, by being a strong fearless catcher, and by bringing the team to life. Miss Beavers teaches the girls not only to swear, but that the OT, the Other Team,, must be considered the enemy and given no quarter. She teaches them to taunt and denigrate the OT, giving Stella the lead role because of her charisma. This gives Stella a lifelong tool to use when unpleasant people try to take advantage of her. Stella continues to enchant everyone on the staff because of her sunny disposition, desire to learn everything and boundless energy.

Stella and Bill become friends and give small gifts to each other for Christmas and at the end of the school year. Bill's first gift is a promise of a book a month. She sends thank you letters for every book, and we trace her maturing through these letters, first written from the view point of a child, gradually becoming more mature and perceptive. Bill sees the potential Stella has, and gives her a C grade to wake her up to the fact that she needs more polish in the work she turns in. She takes him to task because he didn't just tell her, feeling manipulated and betrayed. He muses that she is right, and realizes they do, indeed, have a friendship. He tells his mother, Adell, about Stella and reads the letters to him. She is afraid Stella is a young femme fatal, trying to ensnare her son. She realizes that Stella is just a child, though, when Bill comes home with a gift of a set of ugly awkward bookends made from cedar posts and shellac, and she stops worrying. But she does wonder how this relationship can end if it continues to mature.

In Stella's Sophomore year, she attends the animal husbandry class without registering for it. She learns to take care of farm animals, dehorn cattle, castrate calves. Mrs. Nelson, the English teacher, finds that Stella is the poetry lover she seeks in every new class, but seldom finds.

Bill wants to marry and start a family. He starts dating among his peers at church. He cannot seem to become interested, even in the really good "prospects," In the meantime, Stella contracts polio between her sophomore and junior years, and Bill goes to see her. The overworked staff thinks he is her father, and asks him to massage her back all night to relieve spasms that might cripple her. He does this two nights in a row, and realizes that the friendship he has for her is more than that. He is shocked to find that he has fallen in love with a student. This is a violation of every code of honor he possesses. He is stricken by this and tries anew to date and fall in love with someone else.

Throughout the next two years, Stella realizes that she loves Bill too, and the two walk on eggs, trying not to let the other know. After graduation, when Stella is no longer a student, they do get together and agree to marry. Bill regrets the decision, after hearing from all sides that he is too old for her, that he is doing her a disservice, and he breaks the engagement. They are reunited after their parents bring them face to face and force them to read the letters of woe they have written home about their grief and loss.