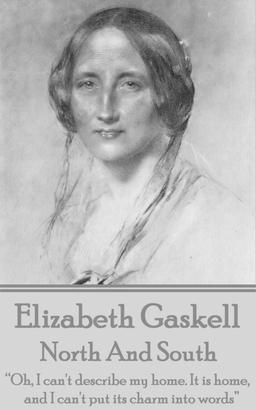 “Oh, I can't describe my home. It is home, and I can't put its charm into words”

Elizabeth Gaskell’s North and South is the story of Margaret Hale, the daughter of a local priest in Hampshire, whose father decides to leave his country church after a serious crisis of faith. All the events that follow happen in the fictional industrial English town named Milton to which the Hale family has moved. Thus, part of the narrative focuses on the juxtaposition between industrial areas and the countryside. Margaret is very critical of the massive industrialization swallowing English rural landscapes and the whole family is disgusted with the dirt and pollution caused by the mushrooming mills and factories. However, Margaret soon starts to like her stay in Milton, especially after making friends among the mill workers and owners of the town. Her father, Mr. Hale, now works as a tutor and one of his pupils, Mr. Thornton, becomes interested in Margaret. However, Thornton, who is a wealthy mill-owner, is often criticized by Margaret for the way he treats his employees. When one day his workers organize a strike, she advises him to go and negotiate with the mob. He is nearly attacked by them when she interferes to be hit herself. The incident has just intensified Thornton’s love for Margaret and after some ups and downs, they finally decide to get married.

The Odyssey of Homer, Translated by George Chapman
Homer

Kim (Adventure Classic) - Illustrated: A Novel from one of the most popular writers in England, known for The Jungle Book, Just So Stories, Captain Courageous, Stalky & Co, Plain Tales from the Hills, Soldier's Three, The Light That Failed
Rudyard Kipling