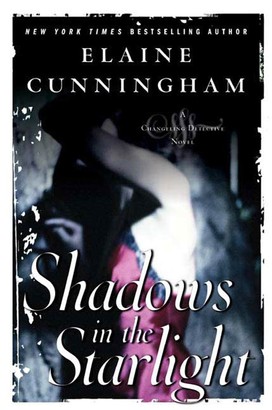 Shadows in the Starlight

Buchbeschreibung zu „Shadows in the Starlight“

A ten year veteran of the Providence Rhode Island vice squad Gwen "GiGi" Gellman began her life as a foundling and is used to being on her own. So when she finds herself unemployed and on the outs after a standard bust goes bad resulting in a bloodbath, she welcomes the occasion to break from routine. She scrapes together enough capital to start her own PI business specializing in "family problems." But, in doing so she never guessed that she would uncover her own mysterious and mystical past.

When GiGi becomes involved in the case of a missing wife and child, she initially dismisses the matter as good sense on the wife's part--she knows the husband to be less than stellar in his role. But, as her investigation progresses GiGi discovers a pattern of lies and deceptions, some of which expose hidden ties to her own mystifying existence.

Otherworldly powers try to intercede, and soon GiGi finds not only her own life threatened, but those of her friends and family as well.

Elaine Cunningham is a former music and history teacher who resides with her family in New England. She is the New York Times bestselling author of the Changeling Detective Agency series, as well as several Forgotten Realms books.