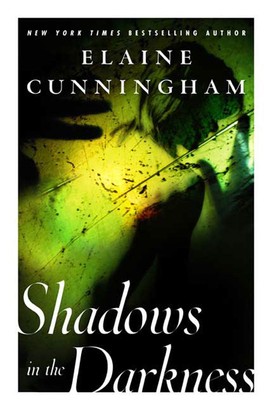 Shadows in the Darkness

Beschreibung zu „Shadows in the Darkness“

Gwen "GiGi" Gelman, a ten year veteran of the Providence, Rhode Island vice squad, finds herself unemployed after being blamed for a routine bust that turned into a bloodbath. GiGi is used to being on her own, though, and with the help of a DA who owes her, she's scraped together enough capital to start her own PI business, specializing in"family problems"-in particular runaways who have disappeared into Providence's seamy underside.

With a few custodian kidnapping cases under her belt, as well as a case against a Catholic school teacher/molester, Gigi is doing well for herself --until she takes on the case of a fourteen year old runaway who may or may not have been kidnapped.

As Gigi investigates, she accidentally opens the door to her own mystical past. Now long-hidden family ties threaten her, and the secret of her identity unlocks a conspiracy that reveals the forces of darkness that play in the shadows...

Forces that intend to be the masters of all mortal life.

Cursed in the Blood
Sharan Newman