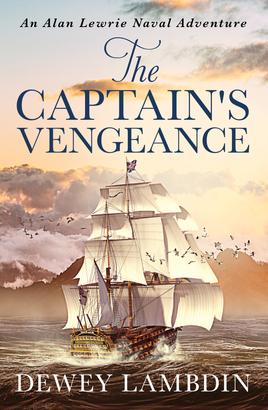 The twelfth thrilling and powder-packed instalment of this classic naval adventure series.

It is early February 1799, a year of war. Sailing in the Caribbean, Captain Alan Lewrie is once again pursuing a chimera. A rich French prize ship he’s left at anchor in Dominica has gone missing, along with six of his sailors.

What starts as a straightforward search from Hispaniola to Barbados leads Lewrie to a gruesome discovery on the Dry Tortugas and to a vile cabal of the most pitiless and depraved pirates ever to sail under the Jolly Roger. And one of his trusted hands may just be the worst of them all!

Beguilements, betrayal and death lurk round every corner, and it’s up to Lewrie’s quick but cynical wits to win the day and wreak a very personal vengeance on his foes…

The Captain's Vengeance, book twelve in The Alan Lewrie Naval Adventures, is perfect for fans of David McDine, Bernard Cornwell and Patrick O’Brian.

Back to Battle
Max Hennessy