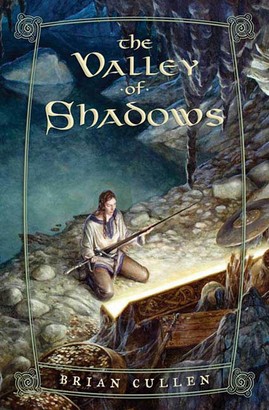 The Valley of Shadows

Beschreibung zu „The Valley of Shadows“

After months of searching, The Seekers think they may have come to the end of their search for the Chalice of Fire that was stolen by Bricriu Poisontongue. But just as they are about to reach their goal, the wily thief slips away. Grimly, the Seekers once again set off after Bricriu to return the Chalice to the Red Branch. But the way is overrun with vampires and other creatures of the night controlled by the evil wizard Maliman. The wizard has escaped from his prison deep within the Great Rift and has begun to rebuild his army of followers.

Bricriu makes his way to the Valley of the Shadows, a region ruled by the dead who lost their honor while alive and now try to draw the living into their evil kingdom. Here, the Seekers meet the greatest challenge of their search--with no choice but to follow Bricriu through the valley of the dead.

Among Others
Jo Walton

A Shadow in Summer
Daniel Abraham