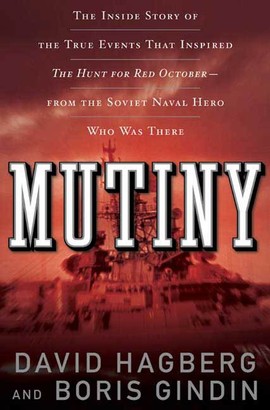 The True Events That Inspired The Hunt For Red October

In 1984, Tom Clancy released his blockbuster novel, The Hunt for Red October, an edge-of-your seat thriller that skyrocketed him into international notoriety. The inspiration for that novel came from an obscure report by a US naval officer of a mutiny aboard a Soviet warship in the Baltic Sea. The Hunt for Red October actually happened, and Boris Gindin lived through every minute of it. After decades of silence and fear, Gindin has finally come forward to tell the entire story of the mutiny aboard the FFG Storozhevoy, the real-life Red October.

It was the fall of 1975, and the tensions between the Soviet Union and the United States were climbing. It seemed the two nations were headed for thermonuclear war, and it was that fear that caused most of the crewman of the FFG Storozhevoy to mutiny. Their goal was to send a message to the Soviet people that the Communist government was corrupt and major changes were needed. That message never reached a single person. Within hours the orders came from on high to destroy the Storozhevoy and its crew members. And this would have happened if it weren't for Gindin and few others whose heroism saved many lives.

Now, with the help of USA Today bestselling author David Hagberg, Gindin relives every minute of that harrowing event. From the danger aboard the ship to the threats of death from the KGB to the fear that forced him to flee the Soviet Union for the United States, Mutiny reveals the real-life story behind The Hunt for Red October and offers an eye-opening look at the Soviet Union during the height of the Cold War.

The Sea Shall Not Have Them
Max Hennessy

The Time Of Women
Elena Chizhova