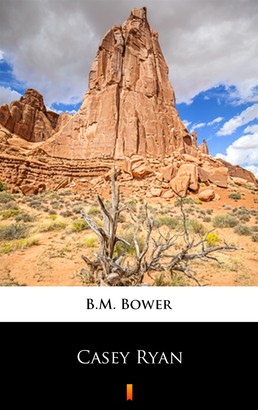 American author Bertha Muzzy Sinclair (1871–1940) was known by her pen name B. M. Bower. She wrote novels and screenplays, mainly about the American Wild West. This is one of her novels. Casey Ryan loves speed but his passion led to his unemployment. He, known as the most reckless stage driver ever to carry the mail, was bitten by the speed bug and deserted his stage coach for a Ford; but not even a Ford could stand Casey’s handling and he eventually found himself bereft of machine, job, and bankroll. To rebuild his fallen fortunes Casey must search out a legendary gold mine, the secret of Injun Jim. That’s when Casey discovered his other passion: hunting for a missing treasure.