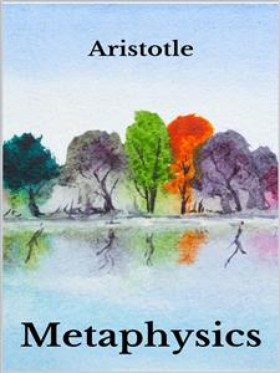 Metaphysics is one of the principal works of Aristotle and the first major work of the branch of philosophy with the same name. It is considered to be one of the greatest philosophical works and its influence on the Greeks, the Muslim philosophers, the scholastic philosophers and even writers such as Dante, was immense. It is essentially a reconciliation of Plato's theory of Forms that Aristotle acquired at the Academy in Athens, with the view of the world given by common sense and the observations of the natural sciences.