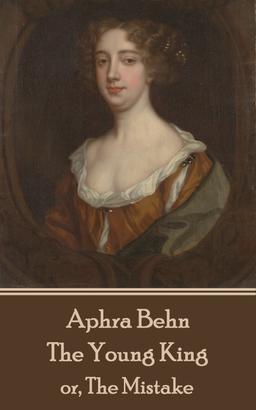 or, The History of Bacon in Virginia

Aphra Behn was a prolific and well established writer but facts about her remain scant and difficult to confirm. What can safely be said though is that Aphra Behn is now regarded as a key English playwright and a major figure in Restoration theatre. Aphra was born into the rising tensions to the English Civil War. Obviously a time of much division and difficulty as the King and Parliament, and their respective forces, came ever closer to conflict. There are claims she was a spy, that she travelled abroad, possibly as far as Surinam. By 1664 her marriage was over (though by death or separation is not known but presumably the former as it occurred in the year of their marriage) and she now used Mrs Behn as her professional name. Aphra now moved towards pursuing a more sustainable and substantial career and began work for the King's Company and the Duke's Company players as a scribe. Previously her only writing had been poetry but now she would become a playwright. Her first, “The Forc’d Marriage”, was staged in 1670, followed by “The Amorous Prince” (1671). After her third play, “The Dutch Lover”, Aphra had a three year lull in her writing career. Again it is speculated that she went travelling again, possibly once again as a spy. After this sojourn her writing moves towards comic works, which prove commercially more successful. Her most popular works included “The Rover” and “Love-Letters Between a Nobleman and His Sister” (1684–87). With her growing reputation Aphra became friends with many of the most notable writers of the day. This is The Age of Dryden and his literary dominance. From the mid 1680’s Aphra’s health began to decline. This was exacerbated by her continual state of debt and descent into poverty. Aphra Behn died on April 16th 1689, and is buried in the East Cloister of Westminster Abbey. The inscription on her tombstone reads: "Here lies a Proof that Wit can never be Defence enough against Mortality." She was quoted as stating that she had led a "life dedicated to pleasure and poetry."

Every Man Out Of His Humour
Ben Jonson

Cynthia's Revels or, The Fountain of Self-Love
Ben Jonson

The Case is Altered
Ben Jonson

The Poetaster or, His Arraignment
Ben Jonson

The New Inn or, The Light Heart
Ben Jonson