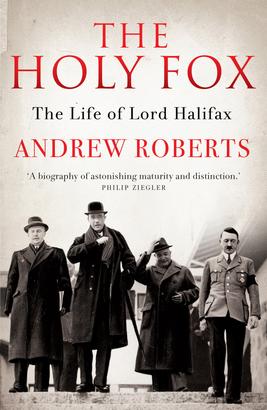 The Life of Lord Halifax

Bestselling historian Andrew Roberts's much-admired reappraisal of one of the most influential – and controversial – British politicians of the 1930s.

A fox-hunting Anglo-Catholic aristocrat, nicknamed 'The Holy Fox' by Churchill for his political guile, Halifax was one of the most prominent Tory politicians of the interwar period. As Viceroy of India, he struck a deal with Gandhi that ended the Civil Disobedience campaign. His meeting with Hitler in 1937 was a milestone in appeasement, yet just days before the infamous Munich agreement, he demanded 'the destruction of Nazism'. By May 1940, for many it was Halifax, not Churchill, who was the natural choice for Britain's war leader.

Andrew Roberts' acclaimed biography draws on private documents to offer a nuanced reappraisal of an enigmatic, influential and much-maligned politician.

The Life of Nelson I
A. T. Mahan

A Mother's Diary of Joy, Tragedy, and Reflection
Susan Clauson