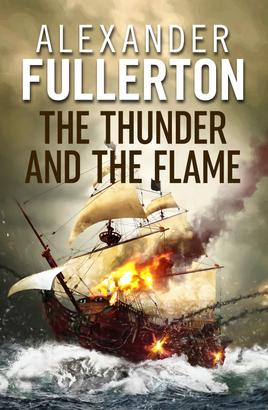 The Thunder and the Flame

Beschreibung zu „The Thunder and the Flame“

The vivid retelling of one of the most famous battles in naval history.

On the last day of August 1591, Sir Richard Grenville in his famous galleon, the Revenge, must fight alone for fifteen hours against a fleet of Spanish ships, each three times her size.

Grenville, cousin of Sir Walter Raleigh and lifelong rival of Sir Francis Drake, is a soldier, sailor, and above all, servant of the Queen. Can he seize the moment in a supreme gamble?

He must risk his life, his ship, his crew and his reputation; and all he stands to gain is honour…

The Thunder and the Flame is a period naval thriller that will delight fans of Patrick O'Brian, Julian Stockwin and C. S. Forester.

Ähnliche Titel wie „The Thunder and the Flame“