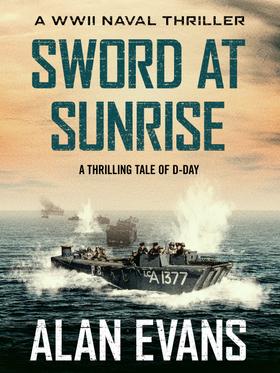 A thrilling story of the greatest achievement in British military history.

When young Richard Langley salvages, against all odds, the doomed Landing Craft that becomes known as Bloody Norah, little does he realise that in just a year’s time both of them will be involved in the greatest combined sea and air assault in history.

Back in Britain, the preparations for Operation Overlord are being finalised. Crucial to the effort will be the dawn landing on Normandy beach, codenamed Sword, and the capture of a fortified chateau under the command of the ruthless Captain Franz Engel.

The countdown has begun to their appointment with destiny on the 6th June 1944. D-Day.

A stunning, action-packed novel of the end of the Second World War, for fans of Jack Higgins, Philip McCutchan and Douglas Reeman.

The Blooding of the Guns
Alexander Fullerton

Back to Battle
Max Hennessy