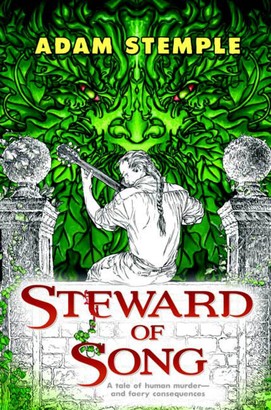 In Singer of Souls, young Douglas fled his American life of drugs and petty crime, arriving in Scotland to be taken in by his stern but fair-minded grandmother. Unfortunately, his career as a busker was interrupted by the fey folk who invisibly share Edinburgh's streets, who dragged him into their own internecine wars.

Now Douglas, usurper, sits on the throne of Faery--holding the Queen and the land hostage with his all-powerful magic and his unflinchingly loyal lieutenant, Martes.

Meanwhile, in Western Massachusetts, a strange infant is left on the doorstep of an ex-marine who may have the second sight.

And in Scotland, the granddaughter of a murdered woman sifts through clues trying to prove her brother isn't the killer…